North Park, CA – TaliMar Financial is pleased to announce our most recent funding of a $400,000 Fix and Hold Loan secured on a 5 unit multifamily property in the community of North Park, CA. The Borrower will use the funds to update the property.

The Borrower was referred to TaliMar Financial after their original loan request was rejected by several banks due to the condition of the property. As a hard money lender, TaliMar Financial didn’t view the transaction as a risky loan but rather as an opportunity that simply needed the right loan structure.

When the borrower originally brought the transaction to TaliMar, four of the five units were vacant and in mid-renovation. The client was planning to use their own funds to complete the renovations but had identified another opportunity and instead of passing on that opportunity, they reached out to us to fund the capital improvements.

The biggest hurdle on this hard money loan transaction was the condition of the property. The units were demo’ed on the interior and were not habitable. The Borrower provided us a detailed project budget and timeline that was reasonable to complete the renovations. The renovation funds were held back at close and will be disbursed to the borrower over the course of the renovations.

TaliMar Financial is a San Diego hard money lender that specializes in funding residential and commercial Fix and Flip, Construction, and Bridge Loans. As a direct private money lender, we offer aggressive financing options and typically close our transactions in less than 7 business days. We work directly with real estate investors and property owners as well as real estate agents, mortgage brokers, and other real estate professionals.

Contact TaliMar today at (858) 613-0111 with your loan request or visit talimarfinancial.com to learn more about our hard money lending programs. 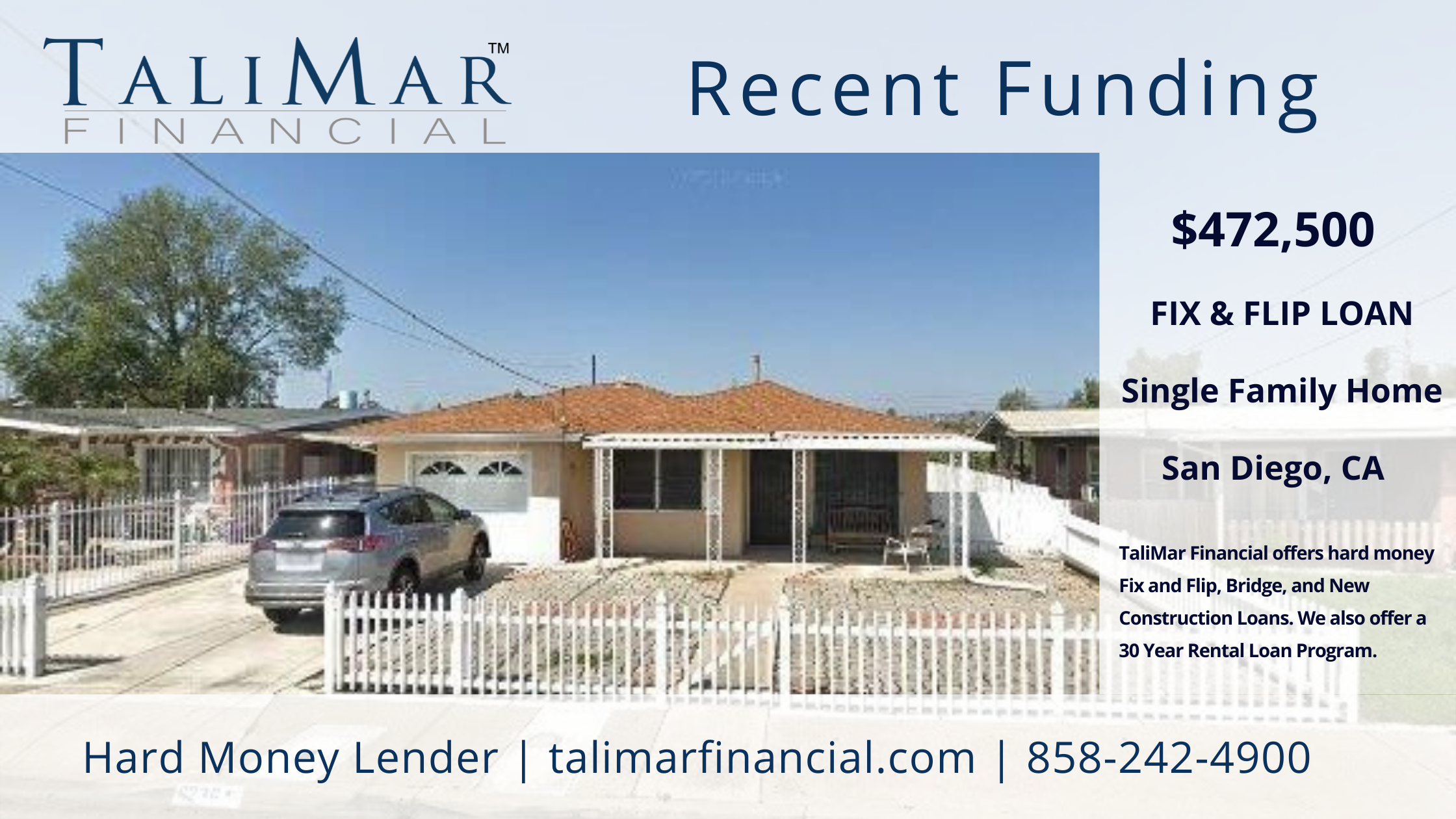 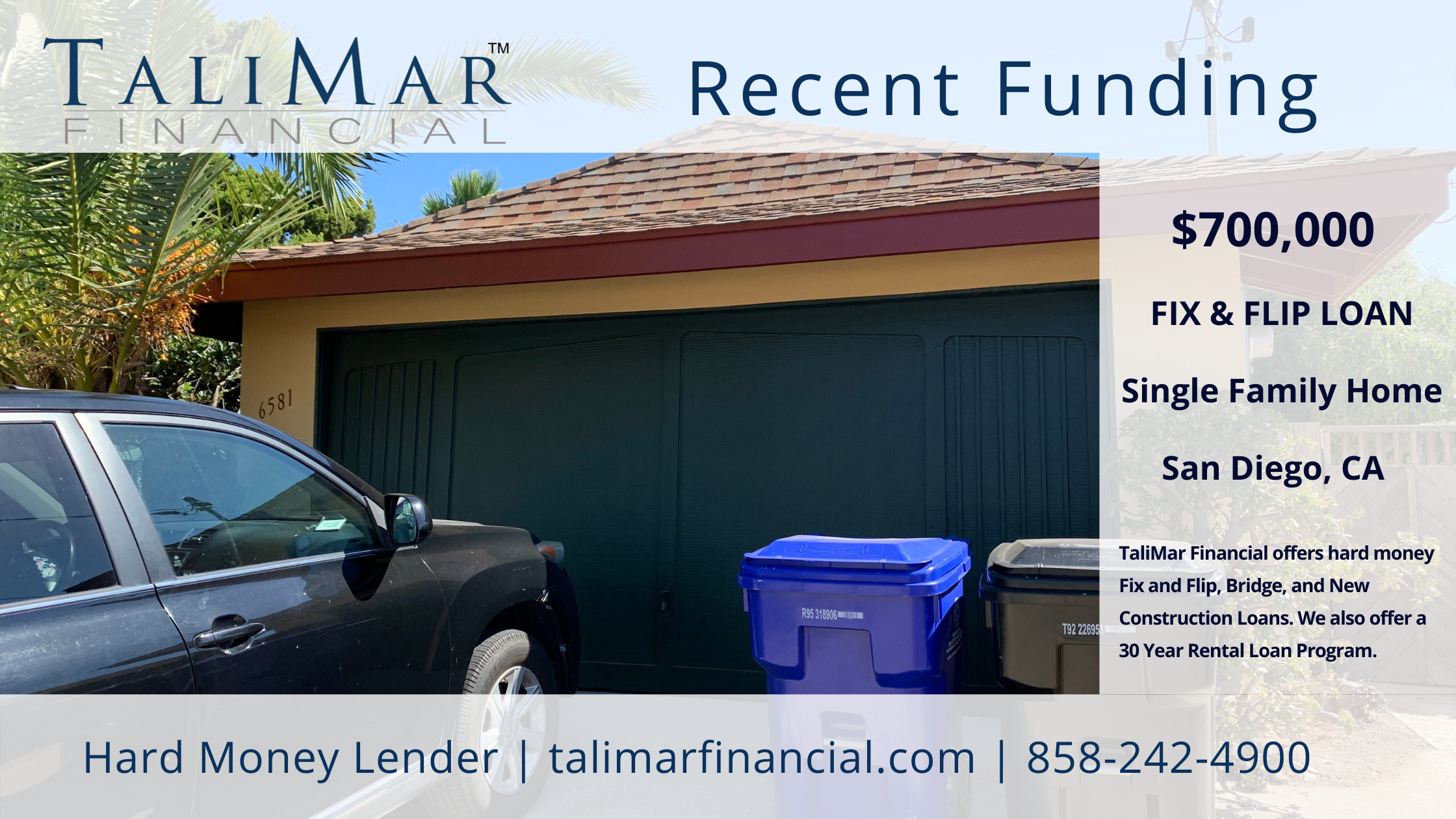 Up to 70% of Completion Value

PrevNext
Tap to Call Call Us